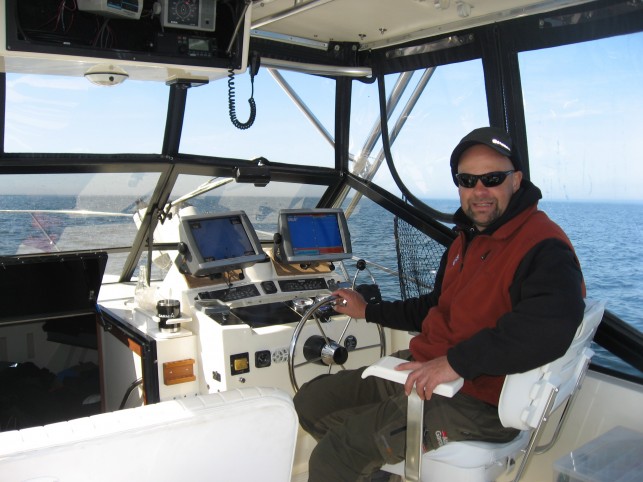 Johan started fishing for Pike and Perch early in his youth in the local waters of Kronobergs Län in Swedish Småland.  The first time he fished for Salmon with a fly was in Mörrum in 1971 when he was only twelve years old.  During his youth he literally fished for everything, everywhere he could.  At an early age, he was skilled with all predator and coarse species, but became more and more interested in fly fishing for game species such as Trout, Seatrout and Salmon as he grew older.  Johan was the man who caught the first Salmon on sport fishing  in modern times in the Stockholm Stream at the end of the 1970s.  For a period of 20 years he fished every summer in the Gaula river in Norway.  By then it was exclusively Salmon and Seatrout he was after and he recorded his first Salmon over 20 lbs in the mid-1970s.  Since then he has landed over 7000 fly-caught Salmon in Norway, Russia, Scotland, Sweden and Iceland, including a few over 20 kilos.

In his current trolling operation he’s recorded five Salmon over 20 kilos and holds the record from the Stockholm area with a fish of 26,88 kilos and another of 25,55kilos!

In 1982 Johan and Teodor Dalensson founded the sportfishing travel bureau Abelsson & Dalensson which specialized in arranging fishing trips for huge Pike in the Trosa archipelago and Salmon fishing on Norway’s best rivers; the Gaula, Alta and Namsen. 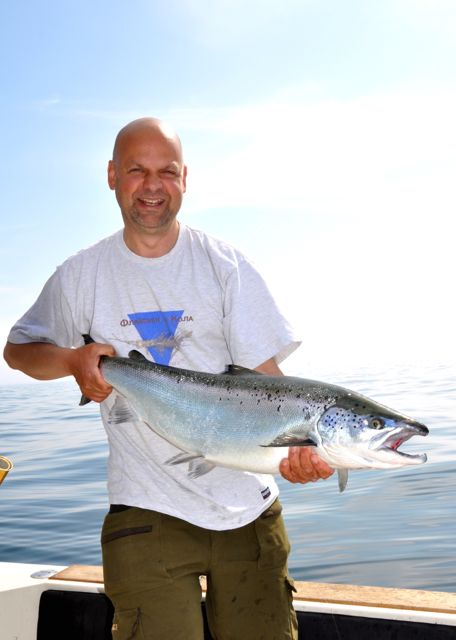 Johan was partner for many years in the Hotell Sjöåsen in Namdalseid which offered Salmon fishing in the Årgårds River.

At the end of communism in the early 1990s, Johan was among the first to scout and develop angling programs in the new open Russia.  He began in the Archangel area with the company Outdoor East and even arranged trips to Kazakhstan for Beluga Sturgeon fishing.   Shortly thereafter he founded the Swedish company Flyfish in Kola AB together with one of the partners at Loop Tackle Design.  The company opened the fishing rights to many of the most popular Salmon rivers on the Russian Kola peninsula; rivers such as the Umba, Kharlovka,Östra Litza, Rynda, Zolotaya, Kola and Yokanga.

Johan has pursued his passion the world over including Seatrout in several rivers Argentina, King Salmon in Chile, Tarpon and Bonefish in Florida, all Salmon species in Alaska, Steelhead in British Columbia, Trout in Montana and much, much more.  Nowadays he focuses on fly fishing in all forms and trolling for big Salmon in the Baltic. 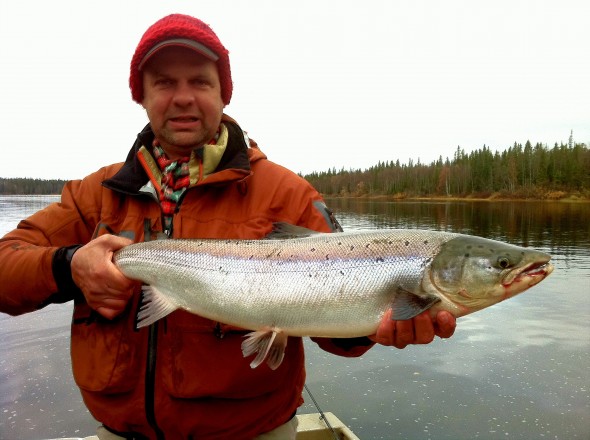 Fishing in late September in Umba river in Russia

Over 30 year in sportfishing tourism

With 30 years international sportfishing tourism experience, he has been on the board on Sweden’s Sportfishing Business Association (SEFF) and the board for the foundation “More Salmon in Vättern”.

He founded the company Wildwater Fishing AB which successfully operated two ocean fishing operations on the islands of Röst and Vearo in Lofoten, Norway. 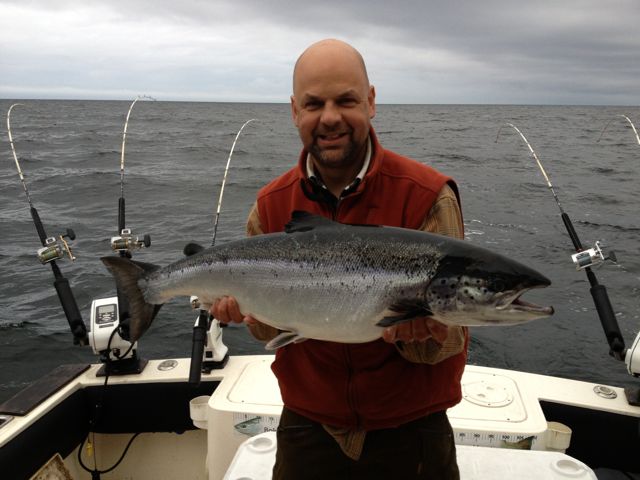 Johan’s current company Abelfishing features the charter boat Abel Salmoncatcher and is a cornerstone in the world’s best open-water fishing for Atlantic salmon in the southern Baltic Sea. He is also involved in the Mörrum river’s famous salmon fishing.

He has been recently chosen as Ray Marine’s premier pro research and development guide in Scandinavia and writes extensively on the subjects of boat fishing and fly fishing for the Swedish angling press in magazines such as “Mitt Fiske” and “Allt om Flugfiske”.  The Russian sportfishing media have also begun to publish his articles.